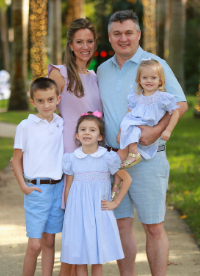 Dr. O’Connor grew up outside Philadelphia Pennsylvania as one of four children. He always had many pets and as a child wanted to become a zookeeper. From 1994-1998, he attended the University of Pennsylvania, majoring in biology with coursework concentrations in English, Archaeology, and Classical Studies. After graduation, he began his first career at GE Capital Commercial Real Estate. There he worked as a financial analyst, spending much of his time developing information systems for the company branches in the USA, Europe, and Mexico.

In 2003 he was accepted to Veterinary School in Dublin Ireland, where he spent the first three years of study. In 2006 he transferred to the University of Glasgow Veterinary School, from which he graduated in 2008.

After Graduation, Dr. O’Connor came home to Philadelphia where he worked for a year before moving to Orlando. It was in Orlando that he met his wife Susan on Catholic Match. They married in 2010 and he moved to Fort Pierce. He spent 2010 to late 2012 working at the Florida Veterinary League in Vero Beach. In 2013 Dr. O’Connor founded Holy Family Veterinary Hospital. He currently lives in Vero Beach with his wife Susan, their three children. 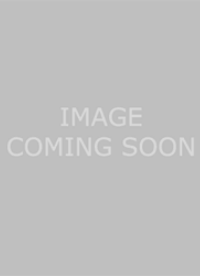 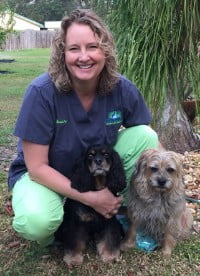 I have been working in the veterinary medical field for as long as I can remember. I started cleaning kennels, worked my way up to veterinary technician, then Practice Manager. I worked for Port St Lucie Animal Hospital for the majority of my career. When Dr. Passman retired, I found myself searching for an Animal Hospital that cared for and love both its Patients and Clients. Holy Family Veterinary Hospital was the perfect fit! Dr. O’Connor and his staff made me feel right at home.

In my spare time, Dale and I take care of our 2 dogs and 2 cats. Dollie is a 5-year-old King Charles Cavalier, and Sandy is a 10-year-old Border Terrier. Our cats Marilyn & Monroe are pretty easy to care for, just love and food. We also like fishing, boating, bowling, and gardening. 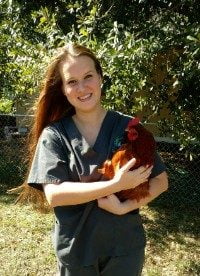 Emily has been in a vet clinic since the day she was born, literally! She grew up volunteering and eventually working at Port St Lucie Animal Hospital when she was old enough. She used to sleep in the dog runs and do her homework underneath the doctor’s desk. Her passion for animals only grew over time and she decided to continue her journey here at Holy Family. She has 3 dogs: a blue heeler named Jack, a Chesapeake Bay retriever named Kimber, and a German short hair pointer named Buddy, and 11 chickens.

We use cookies on our website to give you the most relevant experience by remembering your preferences and repeat visits. By clicking “Accept All”, you consent to the use of ALL the cookies. However, you may visit "Cookie Settings" to provide a controlled consent.
Cookie SettingsAccept All
Manage consent

This website uses cookies to improve your experience while you navigate through the website. Out of these, the cookies that are categorized as necessary are stored on your browser as they are essential for the working of basic functionalities of the website. We also use third-party cookies that help us analyze and understand how you use this website. These cookies will be stored in your browser only with your consent. You also have the option to opt-out of these cookies. But opting out of some of these cookies may affect your browsing experience.
Necessary Always Enabled
Necessary cookies are absolutely essential for the website to function properly. This category only includes cookies that ensures basic functionalities and security features of the website. These cookies do not store any personal information.
Non-necessary
Any cookies that may not be particularly necessary for the website to function and is used specifically to collect user personal data via analytics, ads, other embedded contents are termed as non-necessary cookies. It is mandatory to procure user consent prior to running these cookies on your website.
SAVE & ACCEPT